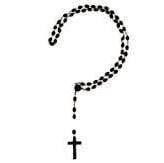 Yesterday, I was alerted to a peculiar piece on the Huffington Post that describes an ex-pastor’s plan to live as an atheist for a year. I say “peculiar” (and my Tweet yesterday said “bizarre”) because atheism is an ontological position, not a lifestyle. An ontological position, in short, is what you hold to be true. Leaving aside perennial (and sometimes technical) debates about whether atheists are all agnostics, or should call themselves agnostic, a crude summary of things is that atheists have the ontological view that god(s) do not exist, and religious believers have the view that god(s) do in fact exist.

Neither of these positions seem to be something you can “try on”, like you might try on a pair of trousers to see if they fit, or if you like their style. In fact, the whole project reminds me of a sort of Pascal’s Wager in reverse, and therefore open to at least one similar criticism, namely that it’s pretty difficult to “fake” belief or disbelief. Pascal responded to this by arguing that if you apply yourself to religious study, and immerse yourself in religious community, the belief or faith will arrive in time, and your feigned position will become a sincere one.

I don’t want to be snide about Ryan Bell’s (the ex-pastor in question) project here, partly because there’s no reason to be – he certainly seems well-meaning and sincere – and partly because his open-minded approach, and the engagement he’s been trying to have inside the church till now reminds me of Chris Stedman (someone who I think worth taking seriously). Also, I have no doubt that some of the more intemperate atheist bloggers will soon unload their scorn upon him, and perhaps a corrective to that is a useful thing for its own sake. But the model Bell is following seems flawed, in that it confuses lifestyle with ontology, and furthermore, I fear that it obscures two important details.

First, Bell is arguably already an atheist. The lack of conviction he describes, and the lack of closeness to the church, its teachings and its god, offers quite a clear indication that he’s already “lost his faith”. So, one way of putting his resolution would be to say something prosaic like “former pastor decides to leave the church”, and that’s hardly a story.

Dennett and LaScola’s new book, “Caught in The Pulpit: Leaving Belief Behind, offers numerous examples of religious leaders who have lost their faith (you can also read a paper of theirs on this topic for free). Most of these people continue simply going through the motions, but when they stop doing so, it seems a bit dramatic to describe it as a switch to atheism – they are returning to a default state, without the add-on of strange metaphysical beliefs. So framing it as “trying on atheism” feeds, I fear, into the canard about atheism being just like a religion, with its own rites and texts and so forth.

I’d rather suggest that Bell is leaving the church, and proceeding with living a regular secular life. And that makes him just like many people who profess religious belief, in that for both the UK and the USA, it seems to be increasingly common for self-identified religious people to not go to church, not read the Bible (or other text), and not pray. In the UK, the RDFS survey and YouGov data showed evidence of this trend, and each new Pew “Religion and Public Life” report for the USA reveals decreasing consensus as to what it means to be “Protestant” (etc.) in terms of how you live and what you believe.

As you’ve no doubt heard, the fastest-growing “religious” group is the nones, i.e. those who claim to have no religion. One-fifth of the USA public (and a full third of adults under 30) say that they have no religion. Bell, in other words, can be described as shrugging off a needless accessory, rather than “trying out” some other belief system. He’ll be living a secular life, and nothing need change beyond that. At some point – and as I say above, perhaps that point has been reached, and he just hasn’t acknowledged that – he’ll stop believing in God. And it’s then that he will be an atheist, rather than simply “someone who doesn’t pray or go to church”.

The second important issue that I think Bell’s experiment runs the risk of obscuring is highlighted in this quotation:

I will read atheist “sacred texts” — from Hobbes and Spinoza to Russell and Nietzsche to the trinity of New Atheists, Hitchens, Dawkins and Dennett. I will explore the various ways of being atheist, from naturalism (Voltaire, Dewey, et al) to the new ‘religious atheists’ (Alain de Botton and Ronald Dworkin). I will also attempt to speak to as many actual atheists as possible — scholars, writers and ordinary unbelievers — to learn how they have come to their non-faith and what it means to them. I will visit atheist gatherings and try it on.

To speak of learning “how they have come to their non-faith” is an interesting way of putting it, in that it seems to presume that faith is the default. I’m reasonably confident that it’s not, and that if we could wave a magic wand and eliminate all religion today, it would never gain the traction that it currently has ever again – there simply wouldn’t be sufficient numbers of people who would find religious claims plausible for that to happen.

But this isn’t the detail I wanted to highlight. Instead, notice how something which you could also describe as simply “educating yourself” gets framed here as a noteworthy or exceptional task. In highlighting this, I certainly don’t mean to pick on Bell – in this, he’s simply an example of what I think is very common, namely that too few of us (whether religious or not) bother to do the work of properly understanding what the “opposition” is saying, or even what our own intellectual traditions’ arguments are.

I doubt it’s an exaggeration to say that after reading those books, Bell will be more informed regarding atheist arguments than the vast majority of atheists. Given that he’s already (I presume) well-versed in religious arguments, I look forward to following his thoughts during this “year without God”. But the second detail I wanted to highlight is that educating oneself, and reading what your strongest critics say about what you believe – is something religious folk should do in any case, not only when they’re “trying on” atheism, to see if it fits.

25 Replies to “A year without God”