As news of Elliot Rodger having killed 6 people, then himself, spread across the Internet this past weekend, the Twitter hashtag #YesAllWomen started to trend. On the surface, the reason for the widespread uptake of this hashtag is easy to comprehend, given that Rodger had announced his intention to

“enter the hottest sorority house of [the University of California–Santa Barbara], and … slaughter every single spoiled, stuck-up blond slut I see inside there.”  To “all those girls I’ve desired so much,” he says, “you will finally see that I am the superior one, the true alpha male.” 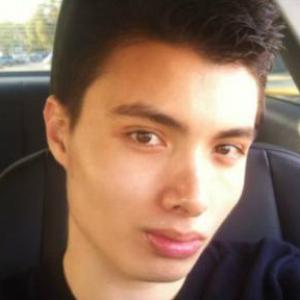 To those women (and men) who were using the hashtag sincerely (as usual, there was some satire, some trolling, etc.), Rodger’s actions and the apparent motivation for them provided a useful opportunity to note that sexism and misogyny – whether of the extreme sort that leads to things like beating and rape, or the more widespread sort that is documented on sites like Everyday Sexism – is something that is far too common.

As with race – particularly in a country like South Africa, but also more generally – a history of discrimination doesn’t get obliterated when legal equality arrives. Social attitudes are sometimes slower to change than jurisprudence is, meaning that you have a larger and more receptive audience for misogynous sexism than you do for misandrous sexism. This could manifest in advertising that objectifies women, or in unequal pay, or in the possibility that you get promoted more slowly as a woman than you would as a man.

Exceptions to this pattern say little about whether the rule is still accurate, until we reach a point where the exceptions start becoming, well, unexceptional. Nevertheless, it should be permissible to question whether this case – Elliot Rodger – is one of somebody acting out of a misogynistic mindset. It might be, for example, that he was simply disturbed in some more general fashion, and that the sexism aspect is a distraction from that more general motivation.

As is typical, a case like this turns the majority of columnists, tweeters and bloggers into psychologists, all offering their non-expert diagnoses of what Roger’s problem was. I’ll try to resist that, because I think it’s irrelevant to the message and the motivation of #YesAllWomen, and also irrelevant to how a competing hashtag #NotAllMen, missed the point about the role a hashtag like #YesAllWomen can play in raising awareness of a genuine social problem, as well as reinforcing solidarity amongst those who experience the discrimination the hashtag catalogued.

An exact diagnosis of Rodger is irrelevant because it’s a pretty safe bet that that misogyny was a large part of his motive, both because it’s a regular feature of his manifesto (which, incidentally, also offers an explanation of why he killed men as well as women. He hated them because they were more successful at attracting women than he was, and this seems to amplify, rather than detract from, a characterisation in which women are objects of conquest), and because of the everyday sexism that I’d suggest any honest observer would agree is real.

#YesAllWomen was noting, and bemoaning, this most recent and tragic expression of these sorts of attitudes. Twitter is a place where we broadcast in 140 characters or less, and a place where rhetoric counts greatly in terms of political effect. #TheVastMajorityOfWomen dilutes the message, regardless of whether it’s more accurate or not (I don’t think it’s more accurate, myself.) The hashtag was a rallying cry that summarised something that is indisputably real, regardless of whether there are details to be nitpicked over or not.

Also, it was a political moment. To accuse those who deployed the hashtag of opportunism or grandstanding misses the point that it wouldn’t matter if it happened to be the case, after detailed analysis, that the Rodger case was not a perfect fit for this broader protest. Yes, all women (leaving aside the nitpicking, as I say above) experience the effects of a patriarchal attitudes, and those attitudes can sometimes lead to tragedy just like this – regardless of whether this (Rodger) is the best way of making that point.

So, it’s in this context that the #NotAllMen hashtag lands, with (some) men rushing to defend themselves against the notion that they are responsible for the sexism that women are subjected to. But unless someone had said that you – Jacques Rousseau, or Keyser Soze, or whomever – are responsible for this sexism, #YesAllWomen isn’t aimed at you, and there’s no need to defend yourself. There’s no reason to take it personally, except as an opportunity for a self-assessment regarding whether you might in fact be complicit, and to what extent. Your actions thereafter, if any, should follow from that self-assessment.

Any sensible person already knows that #NotAllMen are like Rodger, or a diluted version of him. Objecting in the general sense that #NotAllMen does can only serve to give the impression of disagreement with the general point that sexism against women is prevalent, and that this sexism can be part of the reason that men like Rodger end up doing what he did.

It is a pity that conversations about discrimination need to start with qualifications and mea culpas – I would prefer to operate in a world in which any idea can be discussed without running the risk of being misinterpreted through assumptions of bad faith and so forth. But that’s not how politics works – discussions like these happen in a context, where the reception of a message is influenced by that context.

Regardless of what you might be intending to indicate by using #NotAllMen, you’re either saying something so obvious that it perhaps doesn’t need to be said, or saying something that takes attention away from a far more important issue – the issue captured by #YesAllWomen. The hashtag bemoans a real social malady, and our responses should take care to acknowledge that, rather than use it as an opportunity for nitpicking.

2 Replies to “On Elliot Rodger, #YesAllWomen and #NotAllMen”