Julius Malema likes to present himself as “working class”. He still identifies himself as a product of that class, despite the fact that the cost of his watch alone would equal the average annual income of roughly 20 working-class black South Africans.

How then are we to make sense of his self-proclaimed solidarity with people who struggle to feed themselves? South Africa remains a country of great inequalities and class distinctions linger. Are three houses and five cars required to escape the label of “working class”, instead of Malema’s two houses and three cars (according to reports)? END_OF_DOCUMENT_TOKEN_TO_BE_REPLACED 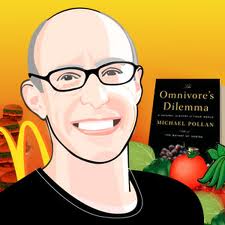 A number of the self-appointed guardians of South Africa’s moral fabric have recently weighed in on DStv’s news that it is considering introducing a pay-per-view pornography channel. As previously reported by Kevin Bloom in The Daily Maverick, Taryn Hodgson of the Christian Action Network claims that the channel will fuel the “fires of sexual abuse and exploitation”, and that those who believe otherwise have “imbibed the lies of the porn industry”. Errol Naidoo of the Family Policy Institute cites sympathetic studies (including one from a right-wing Christian organisation, and another from a high-ranking Freemason’s address during the 1989 ‘Religious Alliance against Pornography’ conference) which purport to demonstrate a connection between pornography and sexual violence. The trade union Solidarity claims that “children’s rights will be violated” by this channel, based on their own research indicating that “77% of molesters of boys and 87% of molesters of girls used pornography”. END_OF_DOCUMENT_TOKEN_TO_BE_REPLACED

Many South Africans would support the recent call by President Jacob Zuma for a national dialogue on our moral code. While quips about foxes guarding henhouses may be the first thing to come to mind, two serious and separate issues are raised by this call: the desirability of such a dialogue, and the practical issue of who should take part.

On the first issue, perhaps we should start by noting that the perceived moral failings of some influential South Africans and the public response to these have a feature in common, namely a tendency to pluck a ready-made moral viewpoint off a shelf and then present that as either defence or accusation. Neither of these responses demonstrates commitment to moral reasoning or sensitivity to the fact that some issues cannot be resolved by appeal to dogma. They are, nevertheless, often successful in that new South Africans have been bred to be tolerant of difference and reluctant to criticise things they may not understand. END_OF_DOCUMENT_TOKEN_TO_BE_REPLACED