This entry is part of 7 in the series Rhodes

While I’ve co-signed a (as yet unreleased) statement from the academic community on the current student protests, there are of course pieces of that statement that I’d support more strongly than others. I have, however, recently sent the text below out to members of the Free Society Institute, and I reproduce that below for your interest.

It would not have escaped your attention that students, nationwide, are currently engaged in protests regarding university fees as well as other causes such as the outsourcing of workers on university campuses. In fact, the protests have already spread beyond campuses, with workers and protesters gathering at a local Shoprite to campaign for #ThePriceOfBreadMustFall.

Of all the things that need to – or will – fall, one thing that shouldn’t fall is our deep sympathy for the struggles of those who are unable to gain access to things that some of us take for granted, and are no less deserving of those things than we are. Our understanding of the frustration should also not fall, in that the significant State subsidy cuts to universities are arguably “deliberately retrogressive measures” and also unconstitutional – and yet are also part of what has caused university fees to become a serious barrier to entry.

Despite our sympathy and understanding, there is of course another side to the story – my university, for example, makes the case that fees are set high precisely in order to (at least in part) run the most generous financial aid scheme for poorer students currently available in the country. In other words, a fee cut at UCT could plausibly be described as benefiting the rich rather than the poor, as argued in this related piece by a Stellenbosch academic.

We can also be sympathetic to students and staff – and even just members of the community – who are being inconvenienced in various ways, but some of them significant in that exams are currently being written. Some have felt intimidated, and some have even felt themselves to be victims of violence – but even if true, this would surely pale into insignificance by comparison to the violence of tear gas and rubber bullets.

This is not a time for facile judgments, often made outside of context or awareness of the complexities of how the universities have grappled – sincerely – with these issues. I’m frustrated with the protests myself, at times, because I know how seriously UCT takes the issues that are provoking the protests.

Between 2011 and 2013, student protests in Chile demanded a new framework for education, one that would make it more egalitarian. This is a model of an economy closer to ours, when compared with wealthy countries that provide free education, such as Germany – and Chile has announced plans to do just that also. There are of course practical difficulties, and practical differences. And maybe you’d disagree that education should be a right at all, as it currently is in our Constitution.

These issues are by no means simple, and I am aware of instances in which the protests have overstepped various bounds, including practicality and even reason in the sense that some of the demands cannot possibly be implemented. It is also indisputable that universities should be institutions of elite learning, and that this costs money – money which can currently only come from student fees, at least in part, thanks to declining government subsidies. Yet, education is a right, and it’s one that we’re not fulfilling. No wonder students are angry. 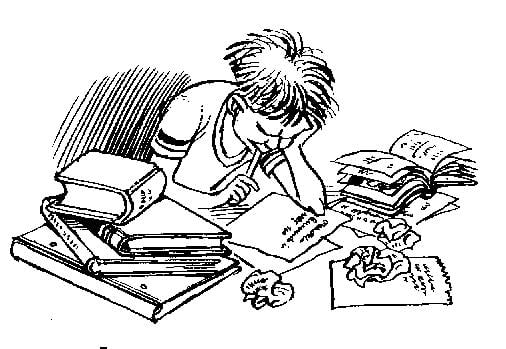 While my focus in last week’s column was on the question of universities as elite institutions, Dlamini’s column, and Molefe’s response to it, addressed the issue of whether universities should be engaged in remedial education and if so, to what extent they should do so. END_OF_DOCUMENT_TOKEN_TO_BE_REPLACED

In Business Day last week, Jacob Dlamini argued that “universities should not be doing the work of high schools. Universities should not be in the business of remedial education”. TO Molefe has responded to Dlamini’s column, making the case that academic excellence is not the only imperative at universities, and that they do have a role to play in reshaping society through ‘remedial’ education. END_OF_DOCUMENT_TOKEN_TO_BE_REPLACED