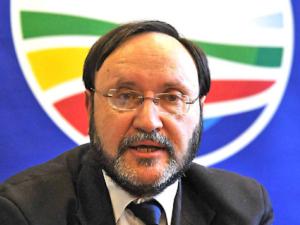 While I’ve previously commented on the illiberal nature of some of Helen Zille’s recent public utterances, at least she’s mostly kept her personal religious beliefs out of the equation. Sure, they no doubt inform her conservative moral stance, but her arguments and proposed interventions are nevertheless supported by arguments (regardless of your, or my, views on the quality of those arguments).

By contrast, Jack Bloom (DA Leader in the Gauteng legislature) seems to have no qualms in putting God at front and centre as a potential answer to South Africa’s ills, regardless of the diversity of belief among those who voted for his party (not to mention a large number of those who work for his party). In fact, God seems to have been here all along, not only facilitating the “transition from Apartheid”, but also working abroad in spurring the abolitionist movement against slavery, and inspiring people to formulate the “democratic concepts that led to the American Revolution”.

There’s no question that Bloom is sincere, and that he believes religion can play a role in encouraging people to think about their moral obligations. Sadly for those of us who think morality can only be principled if also secular, he’s in agreement with the DA’s general position here, where the party says that religion “should serve as a moral and spiritual inspiration“.

But even this view (the mistaken one, that morality and religion are easy bedfellows) is at least comprehensible, given that our country is mostly religious. Comprehensible, not reasonable, because if we need more prayer and less politics (as Bloom argues), surely the ACDP would have a far higher share of the votes?

What’s most egregious about Bloom’s opinion piece is that he by and large simply makes things up as he goes along, plucking historical events out of the timeline and – without any evidence (unless you count dubious correlations as evidence, which you shouldn’t) – attributes them to prayer and religion. It’s true that Lanphier drove a large Christian revival movement in the US during the mid-1800’s, yes, but to say that it was the Christianity – rather than basic human compassion or economics – that informed the abolition of slavery is an entirely circular argument, which assumes what it purports to demonstrate.

The American Revolution – also offered by Bloom as evidence for the power of prayer – seems more plausibly explained by something like the first 13 colonies revolting against rule by the British Empire, regardless of whether some or many the revolutionaries were religious. Their desire to be free doesn’t need religion to make sense, and it seems entirely spurious – and again circular – to use this as evidence for us needing more prayer and less politics.

And then of course there’s the elephant in the room: namely, that the data overwhelmingly suggest that on any benchmark of morality you care to pick, secular countries usually outperform religious ones. Corruption? Check. Divorce rates? Check. Crime? Check. Do a comparison for whatever measure you like using something like Google’s public data explorer, or read a simple and short book like Sinnott-Armstrong’s Morality without God.

One of the saddest aspects of public utterances like this from DA leaders, for me, is the fact that the DA has one clear advantage over other contenders in the political arena: the effective, and entirely pragmatically motivated, delivery of goods and services. That’s their clear competitive advantage, and the drum they should be beating more loudly than any other. But when a DA official – and a highly placed one at that – tells us that he hopes to outsource his job to God (at best) or collective insanity (at worst), it only reinforces the fear that populism is taking the place of common sense.

Bloom closes his piece with “maybe if we all prayed more the social change we desire will happen”. Seeing as all the existing studies of prayer’s efficacy show no effects (or in at least one case, negative effects), don’t hold your breath.

Edit: This post as well as a reply from Jack Bloom can be found on PoliticsWeb, where you’ll also find some entertaining comments. Also see another Christian perspective from Jordan Pickering.