Given that the sentence for murder in South Africa is supposed to be 15 years, this caused some consternation for a few talk-radio callers I heard today, and also on that platform of considered debate known as Twitter.

END_OF_DOCUMENT_TOKEN_TO_BE_REPLACED 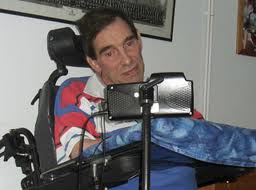 Tony Nicklinson’s mind is trapped in a body that is useless to him. He has been unable to speak or walk for seven years – the voluntary muscles in his body are paralysed, with the exception of his eyes and a few facial muscles. His eyes are what he uses for communicating with his wife and family, as well as with the rest of the world via Twitter, slowly blinking to select letters and words using an alphabet board.

Nicklinson has what is known as “locked-in syndrome”, perhaps the most famous victim of which was Parisian journalist Jean-Dominique Bauby, author of “The Diving Bell and the Butterfly”. Recovery is extremely rare and can only occur spontaneously, as there is no cure for this condition. Two years after the 2005 stroke that left him in this condition, Nicklinson expressed the wish to be allowed to die. In 2012, the British High Court is deciding whether to grant him that wish.

While I take the point, made in a comment to my earlier column dealing with euthanasia and the Sean Davison case, that those who are suffering might not be the best judges of when life should end, some cases seem clear. Nicklinson has never wavered in his desire to die, and his family are fully in support of his freedom to choose when this should happen. The law, however, differs.

Assisted suicide is illegal in Britain, as it is in South Africa. So Nicklinson’s only option is to refuse food, starving himself to death. Pets are typically treated more humanely than this, and Nicklinson would also be justifiably appalled by this option, given the suffering it would cause his family. He therefore wants a doctor’s help in ending this life that neither he, nor anyone who knows him, wants to perpetuate.

Some sanctimonious folks on Twitter disagreed, telling him that “every life is a celebration. If not for yourself, do it for your children” and that “everything happens for a reason”. Well, no, many things don’t happen for any reason. But that doesn’t mean that we can’t generate some reason or motivation out of them. And here Nicklinson’s High Court case is happening for the reason of allowing for a re-examination of the law, in Britain and elsewhere.

The existing acceptance and decriminalisation – even if not legality – of passive euthanasia is of no use here. Nicklinson’s condition is not life-threatening, and the interventions he currently needs to survive are similar to those of every infant. Parents change nappies, and Jane Nicklinson presses a button to activate an electric hoist over her husband’s bed, which transports him to a toilet. Like those infants, Nicklinson also needs to be fed. And he may well live on for years in this condition, and needing these forms of assistance.

So, he needs help to die. The specific remedies he’s requesting the High Court to consider are firstly that, in the particular circumstances of his case and any other case where an application has been granted by a court in advance, a doctor would be permitted to assist someone to die. Second, he hopes that the court will rule that the current laws on euthanasia are incompatible with his right to autonomy and dignity.

I’d imagine that Dignity SA – the organisation launched locally by Sean Davison to campaign for the legality of assisted dying – would find both of these requests eminently reasonable and applicable in the South African context. If a satirical painting of Jacob Zuma violates his Constitutional right to dignity, I’d imagine that being forced to remain alive in such a compromised state should just about manage to meet even Mac Maharaj’s standards for violation of dignity.

As for the physicians, of course none of them should be forced to end their patients’ lives. But while it might never be an easy task, I don’t doubt that some – perhaps many – of them would agree that preserving life merely for the sake of doing so isn’t always compatible with non-maleficence, one of the fundamental principles of medical ethics. Harm can be caused by the perpetuation of suffering, and the ethical choice can sometimes be to end that suffering.

Paul Bowen, Nicklinson’s advocate, makes the point that making application for permission to end a life in advance “would provide the strongest possible safeguard against abuse”, and “would also provide a safeguard against the concern, often expressed by disabled opponents of legalisation, that a change in the law would lead to a change in people’s attitudes to disabled people, who they predict would come under subtle pressure to seek an assisted death through fear of being a ‘burden’.”

Furthermore, one could argue that allowing for active euthanasia in these limited instances could well lead to a decrease in suicides, with the counter-intuitive result that allowing for ending lives could extend life overall. This is because people can only commit suicide when they still feel capable of doing so, whereas if they knew that euthanasia was an option, they might arrange for the advance directive, and then trust their families and doctors to enforce it once they no longer could.

Nicklinson doesn’t want to die just yet – he’d first like to finish writing his memoirs. And he’s not requesting a law that might permit doctors, or the families of those with serious medical conditions, to make life-or-death decisions for exploitative or otherwise immoral reasons. He’s simply asking to be relieved of his suffering. The law can make distinctions in cases like these, even if it’s true that abuses can result from the general permissibility of active euthanasia.

Hopefully, the British High Court will recognise that they are able to make these distinctions. And, hopefully, the “End of Life Decisions Act” – a draft bill drawn up by the South African Law Commission in 1997 – will one day soon receive a mention in the South African Parliament, and thereby start the process towards allowing us the freedom to pursue the same choice Tony Nicklinson is seeking permission to make. 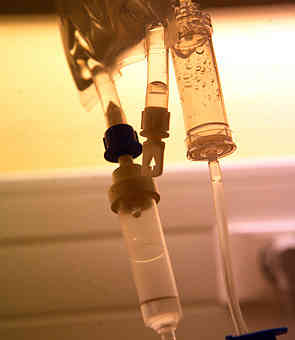 Professor Sean Davison returned to South Africa in mid-December last year, after the New Zealand high court revised his bail conditions and allowed him to return to his family and to his job at the University of the Western Cape. He is currently awaiting trial in a case of attempted murder, after he gave his mother a lethal dose of morphine four years ago, at her request.

His mother, Patricia, had been terminally ill from a cancer diagnosed in 2004, and no longer thought life worth living. She had tried and failed to starve herself to death, and eventually resorted to asking her son to kill her. But voluntary euthanasia is illegal in New Zealand, as it is in South Africa. It’s time for that to change, END_OF_DOCUMENT_TOKEN_TO_BE_REPLACED