The post title refers to Russell Blackford’s most recent book, The Tyranny of Opinion: Conformity and the Future of Liberalism. Blackford is an annoyingly prolific writer, who has published numerous works of both non-fiction and fiction, as well as having edited at least 5 volumes of essays that I’m aware of.

By way of disclosure, I also regard him as a friend, and he was kind enough to write a blurb for my and Caleb Lack’s 2016 book, Critical Reasoning, Science and Pseudoscience. Despite these connections, this note on the book is unsolicited, and entirely sincere.

END_OF_DOCUMENT_TOKEN_TO_BE_REPLACED 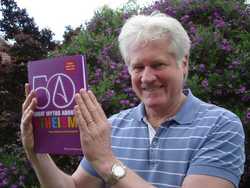 If you’re even occasionally dipping in to the skeptic/atheist/whatever blogosphere, you’d no doubt know that there’s plenty of lines in the sand being drawn. Much of it is rather embarrassing, in that some folk seem so desperate to cast their vote in favour of one camp or another that any pretence of looking at evidence, and making careful judgement, is completely out of the question. Because this round of infighting dates back to Elevatorgate (arguably before, in that elements of previous internal conflicts have also resurfaced), I’m not going to even try to get you up to speed if you haven’t been keeping up.

Here are some examples, though. After the Lehrer resignation, Sam Harris decided to give away free copies of Lying, seeing as that book expressed much of what he’d have otherwise liked to say. PZ Myers announced this on his blog. If you look at the comments on PZ’s blog, it’s only from comment 31 onwards that anyone tries to avoid caricature of Harris’s arguments (on issues unrelated to Lying, note – the fact that he said or didn’t say various things about torture and profiling are treated as relevant to lying).

Russell Blackford then tries to express a few thoughts in defence of Harris, which make it back to PZ’s post in the comments. The comment deals with appropriate and inappropriate uses of the word “racist”, and – whether wrong or right – is expressed in a measured tone. But the immediate response to the comment is: “Incidentally, citing the misogynist shitbag Russell Blackford isn’t going to impress many people here.” There’s a history there too, of course, which you can find out about if you choose to. The only reason I mention it here is to draw attention to the fact that commenter A, who linked to Russell’s post, might have had no idea what commenter B was referring to. Commenter A can’t be assumed to be a veteran of these “debates”, and was perhaps referring to Russell’s post in isolation.

But now, of course, commenter A might never read or comment on Pharyngula (PZ site’s) again. Or, s/he might forever be known as being part of camp X or faction Y. Perhaps, s/he is now a “rape apologist”, and will get shouted down the next time they try to say anything (if they ever do) on any site that is on PZ’s side of these squabbles. In other words, commenter A has perhaps been exiled from a certain community, on the basis of no good reason at all.

I’ll be saying more about tone and the slur of “tone-trolling” in a guest post at Martin’s place (on August 13), so won’t get into that much today either. Suffice it to say that when abuse and insult take the place of debate, nobody wins. I’ve dared to comment on Pharyngula three times, and twice been shouted down for reasons I couldn’t fully comprehend. That’s fine – perhaps I was being dim on those days. But sometimes you’d like to know why, and the problem is that a mob quickly forms, and it seems pointless to try and engage unless you’re already an insider. Clubs, cliques or orthodoxy are inimical to skepticism, and there’s certainly the feel of one there, and on other sites.

Sam Harris pointed this out last night, and PZ has subsequently responded. The comments are again what you’d expect, or have come to expect – you either mock Sam Harris, or you ask a question that’s critical of Harris-mockery. And then you get mocked. Those are by and large the only two options, and as far as I can tell, there’s little room for debate. If you instead want to read a comment thread that encourages debate, go back to the Blackford post in defence of Harris – there’s plenty of deliberate reasoning there, and also telling of people that they aren’t contributing usefully when they resort to insult. Now, both Blackford and Stangroom are philosophers, as am I, so of course I could be expected to have a bias in favour of a certain kind of discussion. The thing is, I’d think – and hope – that all of us in the skeptical community have a bias in favour of communication, and against caricature.

There was a post on Pharyngula a couple of days ago, billed as an open thread wherein people could speak openly to PZ, and make suggestions as to possible changes to the site, comment policies, and so forth. The thread was always going to be deleted after 24 hours (I think it was 24 hours). There were many thoughtful posts there, and one that I wanted to capture  for posterity is at the bottom of this post. You can guess for yourselves what happened to this commenter for daring to question the right of the horde to be abusive. And the thing is – why would the horde not feel they have the right (obligation?) to be abusive when a) PZ very seldom tells them to stop and b) sometimes creates threads where that sort of thing is encouraged.

My column in Daily Maverick today addresses some of these issues, in that it raises the question of how we can adapt to a word in which the immediacy of online communication amplifies the inanity, and makes it that much easier for a like-minded collective to protect their prejudices against any form of challenge. Besides the (very real) issues that have been rending the community (mostly around misogyny), it remains true that there are many thoughtful people on both “sides”, and there is still value in listening to each other. Instead, I suspect that more and more, people will feel compelled to pick sides, and also to stop listening – perhaps in part through measures like eliminating comments altogether.

I’m not ready to do that yet myself, though certainly understand the impulse. Instead, I mostly choose to not respond. But there’s very little reward in that option, both in that I still feel the frustration when an idiotic comment lands, and also because the dialogue can sometimes be very rewarding. Our online engagements with each other are unfortunately tending, at least as far as I can tell, to a victory for those who drown the others out by shouting. They get to stay prejudiced, self-righteous and so forth. And sometimes, perhaps, so do we.

Edit: I wrote a guest post for Martin Pribble’s site, dealing with related themes – read it here if interested.