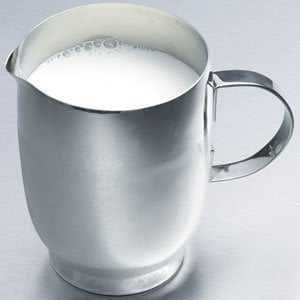 At some point last night, a debate on “jugcam” started raging on Twitter, which I’m probably well-advised to stay out of. But seeing as nobody is around to give me that advice, here are a few thoughts on the matter. First, for those who haven’t heard about jugcam is, it’s a Twitter meme involving the broadcasting of photographs of the breasts (more accurately, cleavage) of female cricket spectators. Some women are offended by this, claiming that it’s a violation of their privacy and that it could inhibit them from wearing bikinis or other revealing clothes to cricket stadia.

What this might immediately bring to mind is the furore and 2010 lawsuit involving “Girls Gone Wild”, where “Jane Doe” sued the makers of the show for damaging her reputation, after her breasts were exposed during the filming of an episode of the show. But the cases are not at all symmetrical, in that Jane Doe had near-certain knowledge of this sort of thing happening with some regularity at parties filmed for GGW, and also knew that the filming was taking place. This is not to excuse the person who pulled her top down, or to express a view on whether Jane Doe was violated in any way, but simply to say that the case is different to that of a woman sunning herself while watching cricket.

Having said that, it’s always been the case (well, for many years now) that the cameramen and producers of the live cricket feed for television tend to focus on attractive females with some regularity. Lingering close-ups of cleavage are a common occurrence, and frequently involve whole-body shots – making identification and potential embarrassment that much easier. By contrast, many of the jugcam shots are simply of cleavage, making claims of any sort of violation more difficult to sustain. Many do also include faces, though, so are at least potentially violations of privacy.

One difference between GGW, the TV camera feed and jugcam is that these involve a sliding scale of implied consent. You fully expect to be filmed at GGW, you partially expect that you might be filmed by the TV cameras, and you don’t (or hadn’t, until now) expect to be photographed by random strangers while watching cricket. And the latter typically involves the opportunity to give actual consent – especially if you’re the focus of the photograph, rather than merely a character somewhere in the background of one.

So I can sympathise with the idea that there has been a failure of courtesy on the part of those who take these jugcam shots without obtaining consent. But treating this as an analogue to rape, or linking it with SlutWalk, is taking things too far. SlutWalk (which I’ve criticised here and here) is about protesting victim-blaming, where those unsympathetic to the exploitation or abuse of women imply (or make explicit) the claim that women invite sexual abuse through what they choose to wear. With jugcam, there’s no suggestion that these pictures lead to sexual violence, merely that they are creepily invasive and that they objectify women.

But if you go to a stadium containing 40 000 spectators, where the goings-on are being broadcast on television, many people are going to see you. Many of those might find you attractive, and enjoy looking at you. This applies to both men and women, although men are far less likely to mind the attention given their artificial (and unwarranted) social privilege. To think that you welcome sexual abuse based on what you wear is obviously offensive – but to think that people shouldn’t look at you if they find you attractive is insane.

These thoughts (of finding someone attractive) and the subsequent behaviour (of looking at them) are entirely normal, and to regard them as constituting objectification is political correctness gone mad. We would not be able to meet, marry and/or procreate without these impulses. As I commented with regard to the Foschini T-shirt episode, it’s dangerous for us to keep amplifying our feelings of offence and responding with increasingly hyperbolic outrage – the real offences could simply get buried over time by self-important bleating. Furthermore, an excessive focus on symptoms of patriarchy might do little to address the underlying causes – not to mention the possibility that even focusing on patriarchy itself could obscure the more general (and more important, to my mind) fight against inequality in all forms.

Jugcam goes further than simply looking, though – it involves public exposure via Twitter (and websites). Do those wielding smartphones have an obligation to ask for permission to take photographs that TV cameramen do not? Paul Jacobson says no, arguing that

we live in a time when we are increasingly online, socially connected and capable of publishing a dizzying amount of content on the Web for virtually anyone to see. … We are getting to a point where you can’t go anywhere without seeing smartphones or other devices being used to take photos, record video and publish that content to sites you have no control over.

When it comes to the #JugCam meme (which is an organized version of what guys have probably been doing at sports events for some time now), we have to start making decisions about how we behave in such a connected world. I know how this next bit sounds but I think it has to be said and really does have some merit as an argument: women who wear bikini tops at public sports events like cricket matches must be aware that their photos could be taken and uploaded for broader consumption. I’m not saying its ok for that to happen, it is a little creepy, but it happens. Arguing that people (ok, men) shouldn’t be allowed to do this in public spaces without express permission is a little disingenuous. If a woman is opposed to being photographed in a bikini top and having her photo published online then she should reconsider wearing a bikini top at these events. Women should also be free to express outrage at their photo being published and demand that it be removed but whether that actually happens will likely come down to a decision based on the rights to freedom of expression, dignity and privacy being weighed up. I suspect the legal position will be something along the following lines: women in public wearing bikini tops have no real legitimate expectation of privacy when they are in public and can’t complain if their photo is taken and published online, particularly where they are aware that this could (and does) occur.

He’s right that we are at the point where this sort of thing often happens – but that doesn’t make it right that it does. As I outline above, there are some known risks of public exposure when attending a public event like a cricket game, and you might think there’s some chance of a TV camera focusing on you. Things like jugcam add to those risks. The point is not only a “real legitimate expectation of privacy”, but also that the bounds of what is private and what is public are being affected, where everyone you meet could take on a paparrazzi role. Yet we are not all celebrities, and it seems disingenuous to argue that we can treat any random female cricket spectator as if she were (leaving aside the question of whether even celebrities deserve this sort of intrusion).

My point is this: The fact that something like jugcam is not illegal, and also not offensive to the extent that some have argued on Twitter, does not make it a meme to be encouraged or defended. Jugcam is simply an excuse for being an ass, and an attempted legitimisation of a boorish and juvenile impulse to entertain yourself and your fellow frat-boys. There’s a simple question of courtesy and respect here – genuine celebrities know what they’re in for, and can’t be surprised by the attentions of photographers. The average cricket-watcher can not only be surprised, but more importantly, she can have preferences in this regard that outweigh the value you get from posting her picture online – even if it’s not that offensive to post her picture online.

It’s really not a lot of trouble to ask. And not asking – where someone might have a good reason to refuse – is rude. And it’s the sort of rudeness which comes from the invisibility of privilege, where the protagonists of jugcam can appear incapable of understanding why anyone would mind. The reason for being incapable of this understanding is the key thing – namely that it’s incomprehensible for some to think that their understanding of what is and is not problematic aren’t universal. Here’s a simple take-home lesson: if something you do affects someone else, and you have the opportunity to establish whether they welcome that effect or not, the default behaviour should be to ask them to express a view.

Having said that, we shouldn’t be at all surprised when people act like asses – and not every slight or insult needs to be spoken of as evidence for civilization’s downfall. Unauthorised jugcam pictures are rude, sure, but that’s all they are.

I’d be very uncomfortable saying that anyone deserves to die, or be killed, mostly because I don’t know what the word “deserve” might mean in that claim. Regardless of this, though, it’s nonetheless sometimes the case that people do things that are more likely to cause harm to befall them. This is why Formula One drivers would pay higher insurance premiums than professional cricketers. It’s also sometimes the case that people might have the sort of character that leads them into situations of increased potential harm. Risk-takers would be an example, as would people who make a habit of causing offense.

Eugene Terre’Blance was one who caused offense, due to his racially divisive views. He was more likely to be killed than most of us are, other things being equal. Given his racist views, one can imagine that he might well say more inflammatory things, and provoke greater hostilities, if he was involved in an altercation with a black person. Yet we can still sympathise with the grief experienced by those who happened to look upon him fondly, for whatever reason, once he had been killed. END_OF_DOCUMENT_TOKEN_TO_BE_REPLACED