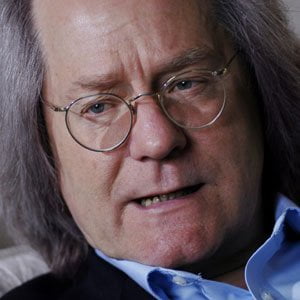 AC Grayling, Oxford professor of philosophy – and the author of a recently-published “secular Bible”, The Good Book – has recently announced his intention of establishing the New College of the Humanities (NCH), an elite tertiary education institution. He’ll be joined in this endeavour by a number of intellectual luminaries, including Richard Dawkins, Niall Ferguson and Steven Pinker, many of whom will be shareholders in the College.

News of these plans broke while I was writing a previous column on the value of intellectuals and defending the idea of elitism at institutions of higher education, and in the two weeks subsequent to that, the opinion pages of most British newspapers have been littered with responses. Some of these have been favourable, but the majority of them create the impression that Grayling is determined to destroy the notion of education as a public good, and that he and his partners should be defeated at all costs.

Conveniently for many of the critics, Grayling and Dawkins are prominent atheists, so some of the criticism simply accuses them of wanting to institutionalise secularism and then stops there, thinking that some worthwhile point has been made. But outside of a religious university, a secular approach can mostly be assumed – exposing this particular criticism of the NCH as a straightforward attack on the characters of its founders.

More significantly, the matter of the fees charged and the structure of the college have been raised as issues. These are closely related issues, in that the NCH is not a university at all, but instead a provider of tutoring and lectures to assist students in succeeding with their registration for degrees via the University of London International Programmes.

These international programmes have over 50 000 students spread across 180 countries, and around 70% of these students pay independent teaching institutions for tuition towards attaining their University of London degrees. The NCH intends to be one of these independent institutions, and students attending classes at NCH will still pay approximately £1500 in fees to the University of London, as well as a smaller fee of £20 for associate membership of the UL libraries.

On top of this, they will pay £18 000 per year to NCH – double the £9000 cap imposed by government on public universities. And this is where the trouble really starts, in that critics allege that only the rich will be able to afford to attend NCH, and that Grayling and his compatriots are therefore entrenching class privilege.

But this isn’t a public institution. The NCH will receive no state funding, and will offer a service to those who want it, and who can afford it. If it is the UK government’s view that anyone should have access to the best possible education at the lowest possible price, then it is their task to provide that. Disparities in the quality of any good – including education – should not be remedied by simply excising the top end of the market, eliminating healthy competition.

Two other relevant considerations should be born in mind. First, that this is an attempt to introduce a US-style private institution to the UK, and that a fee-comparison with those sorts of institutions might be more relevant than the £9000 public university fee cap. At Harvard, an undergraduate degree costs you £21 500 in tuition fees per year, leaving the NCH looking far less of an outlier.

Second, Grayling intends to offer scholarships to 20% of students at launch, and hopes to increase this to 30% over the first few years of the NCH’s existence. It is his intention that financial means will be no bar to the best students being able to attend classes at the College, thanks to endowments that are currently being solicited. Given the networks that the academics in question have access to, there are some grounds for optimism that sufficient funding will be forthcoming. But even if the endowment scheme does not prove fruitful, the stated wrongfulness of this elite institution remains somewhat mystifying.

Better staff command higher salaries, and well-equipped universities cost more to run than less well-equipped ones. If every student and every curriculum looked exactly the same, we’d eventually see similar rates being charged across the board. But this homogeneity does not exist, and if the NCH offers a superior product, they should be able to charge a higher price.

The notion of tertiary education being a right rather than a privilege underpins these complaints. But that misguided notion does not support restraint of trade – or even charges of moral turpitude – in the case of the NCH. If it did, we should just as readily be complaining about the discrimination of charging R 10 000 a year more at one institution compared to another, in that some potential student will thereby be barred from studying where she wants to thanks to her available means.

At the forefront of the attack on the NCH we find Terry Eagleton, who speaks of the “nausea which wells to the throat at the thought of this disgustingly elitist outfit”. One of his concerns relates to how frequently students at the NCH will even come into contact with Pinker, Dawkins and the other notables, given their teaching, public speaking and other commitments. It’s unclear how their potentially irregular appearances in class differs from Eagleton’s own 3-week per year residency at the (private) University of Notre Dame (annual tuition fee? £ 25 400 p/a), but the extent to which the ‘names’ will and won’t be available is known to students in advance, and they can make an informed and free choice regarding whether they think they are getting their money’s worth or not.

Eagleton’s primary concern is the matter of what he calls “educational apartheid”. He says that if “a system of US-type private liberal arts colleges like this one gains ground in Britain, the result will be to relegate an already impoverished state university system to second-class status”, where we could expect poor students to go to (poor) state universities, while privilege is amplified through rich students being able to access elite institutions such as the NCH.

And yes, this could happen. But people will continue striving to become wealthy in order to afford the sorts of things that (more) money buys, and one of the ways that they do that is through inventing and selling things that rich people want. An elite education is one of those things rich people want, and if it’s being created and sold in a manner which involves no deceit or compulsion, they should be allowed to buy it.

Class divisions and poverty might well be with us forever. But to the extent that we can minimise social ills such as these, the argument that we should do so through forcibly impoverishing any person’s education makes little sense. Disguising historical advantage through not allowing initiatives like the NCH to compete in the educational market does nothing to flatten out that advantage. If we want to get to a world in which every student enjoys an NCH-quality education, starting by denying that privilege to any particular student doesn’t seem the most sensible strategy.